“The Other Deepest Thing” 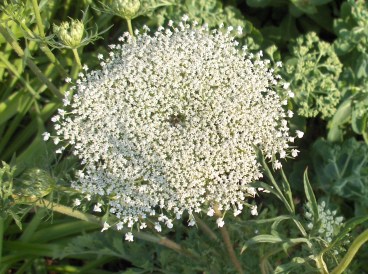 Among a seemingly endless parade of concrete tasks which go on, I realized yesterday that one of my children had not yet had a flu shot.  So just before the Patriots kickoff I ran him into a pharmacy to get one.

Only as he filled out the form did I consciously register it was the 22nd day of the month.  It has now been longer since Jim died than our family lived with the knowledge of his illness.

I wonder if it is not so much the passage of time that I am told eventually will make grief feel less visceral–the tripwire for it and the torrent of it a little less close to the surface–but at least in part the mathematics of it: when those months of illness find themselves sandwiched by years and even decades of before and after, perhaps it will be easier for me and our children to see that Jim’s illness and death was not what he would want to come to our minds when we think of him.

And then came the out-of-the-blue spoken reminder, because the pharmacist knew Jim as a prescribing doctor.  She asked my son, who is not a fan of needles, whether his father ever gives him shots.  And Jim did: we had family flu shot festivals, when we would line up  (in descending order, from most fearful of needles to least) as he pulled vials from a white paper bag and efficiently administered the injections.

The pharmacist had not known he was gone.

During the parts of the football game I could not bear to watch, I checked Andrew Sullivan’s blog and saw a gorgeous poem for this Sunday.  It was written on our younger son’s birthday, and spoke of “the tender gravity of kindness.”

Helmets were being lifted from heads and sounds of colliding, crunching, grunting bodies filtered from the next room.  Commentators nattered without evident meaning about which team was more “physical.”

I was both relieved by the normalcy of a day when the children could sit and enjoy a not-so-tender game they would have watched with their father and touched by the kindnesses of the same day, and of every day.

That day alone, one of our best friends delivered a box of pastries to check in on us and make sure we were eating.  Friends called and wrote to talk about Jim after reading the blog.  An art teacher offered immense help in getting a daughter’s photographs delivered in time for an exhibit.  Sisters-in-law checked in on how the children are doing.  My daughter’s boyfriend ran out to relieve me of a shovel and chastise me for trying to do the heavy lifting myself.

I could not even begin to catalogue all the kindnesses we have known from people who love–and even people who barely knew–Jim.

The poem is by Naomi Shihab Nye, “Before You Know What Kindness Really Is“:

Before you know what kindness really is
you must lose things,
feel the future dissolve in a moment
like salt in a weakened broth.
What you held in your hand,
what you counted and carefully saved,
all this must go so you know
how desolate the landscape can be
between the regions of kindness. . . .

Before you know kindness as the deepest thing inside,
you must know sorrow as the other deepest thing.
You must wake up with sorrow.
You must speak to it till your voice
catches the thread of all sorrows
and you see the size of the cloth.

We know what kindness really is.

In her spare time, Stephanie works full-time, and then some, as an attorney. She has published articles and delivered talks in arcane fields like forensic evidentiary issues, jury instructions, and expert scientific witness preparation. She also is an adjunct professor at a law school on the banks of the Charles and loves that dirty water, as she will always think of Boston as her home. You are welcome to take a look at her Facebook author page, or follow @SMartinGlennon on Twitter. All content on this blog, unless otherwise attributed, is (c) 2012-2020 by Stephanie M. Glennon and should not be reproduced (in any form other than re-blogging in accordance with Wordpress protocol and the numerous other wee buttons at the bottom of each post) without the express permission of the domain holder.
View all posts by Stephanie →
This entry was posted in Back in the Real World, Love and Loss and tagged death, football game, grief, illness, normalcy, sorrow, tender, tripwire. Bookmark the permalink.

11 Responses to “The Other Deepest Thing”