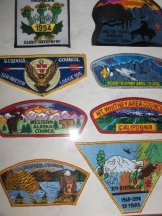 “What is deep storage?” My daughter’s boyfriend asked with a hint of trepidation.

He has been helping me hoist boxes of things I have packed up, most of which I have labelled “DEEP STORAGE” (with any writing implement at hand while packing, including sinister black Sharpies yielding wide capitals and daughters’ glittery pink pens from years past, which somehow command my hand to form dissonant script curlicues).

If the Clean Room conjures up heavenly images of pristine white, then the concept of deep storage leads the mind somewhere much, much darker, whether it is the darkness within or without (or possibly both).

I have been affixing the label of “deep storage” to two categories of things I find in the house.  One is items I want to keep–like books and possibly hundreds of yards of fabric (most in quarter-yard increments) not yet turned into quilts–but have managed to do without for so many years that they seem to have migrated all by themselves to places out of my reach or hard to find.

The second category is far more problematic: these are things I do not need but with which I cannot part, and which are too painful to look at now–like the diplomas which should have led my husband to decades’ more work in the field he loved, and the Boy Scout uniform shirt that should have adorned my husband, unmarked by a port, as another member of the troop my husband helped lead just became an Eagle Scout.

I suppose the latter is a category of forced hope: that someday we will be able to look at these things without dissolving into tears.

My own Eagle Scout is hard at work studying for finals, and I went alone to the Court of Honor and was asked to bring some pictures of my husband and the Scouts.  I did not have to go far.  I began with one of the boards in my bedroom which my little brother created for my husband’s Closing Ceremonies.   These visual masterpieces include a specialized picture board onto which he had placed prints from scouting adventures–most of which were taken just a year before Jim’s diagnosis.

Then I required some alone time, and finally went through the bureau drawer where I knew I  would find my husband’s patches.   I attached to his Scoutmaster patch the Eagle Scout mentor pin that one of these young men had given my husband (unknowingly, just two days after we found out my husband’s condition was incurable), an act that meant much to him.

For the other side of the board I had one of those instincts, taking a single patch out of the cornucopia.  It carries the message: “Let the Past Inspire Your Future.”

It happens that this patch’s creed is affixed to an image of something that is no longer there, the Old Man in the Mountain–a New Hampshire icon of strength whose granite boulders came tumbling down when the young men of this troop were boys.  The image endures in endless places, including these patches and the state’s quarter.

During the Court of Honor, the seat to my left was empty.  It was as if others, who had known my husband for years, also were saving him a space.

The ceremony’s program mentioned Jim twice, once in memory and once for “giving his all” to this Boy Scout troop, as he joyfully did.  Like the Old Man in the Mountain patch and its call to the future, it seemed a hopeful and fitting commentary: remember Jim, and let those memories inspire you.  It’s OK to save some things, even if they are stored unseen.  But don’t dwell in the deep, dark places; go out there and do the things Jim lead you to do.

In her spare time, Stephanie works full-time, and then some, as an attorney. She has published articles and delivered talks in arcane fields like forensic evidentiary issues, jury instructions, and expert scientific witness preparation. She also is an adjunct professor at a law school on the banks of the Charles and loves that dirty water, as she will always think of Boston as her home. You are welcome to take a look at her Facebook author page, or follow @SMartinGlennon on Twitter. All content on this blog, unless otherwise attributed, is (c) 2012-2020 by Stephanie M. Glennon and should not be reproduced (in any form other than re-blogging in accordance with Wordpress protocol and the numerous other wee buttons at the bottom of each post) without the express permission of the domain holder.
View all posts by Stephanie →
This entry was posted in Love and Loss and tagged Boy Scout, Court of Honor, Eagle Scout, Jose Saramagoo, troop leader. Bookmark the permalink.