This Father’s Day I knew Jim would want us outside.  It was a glorious day on the seacoast, with a cooling breeze uncharacteristic for June.

I looked at the sunlit gold in the lavish locks one of my daughters had woven and pinned up  in anticipation of a much warmer outing.   And this made me think of spinning gold and fairy tales and, well, Canterbury Tales.   (There is no accounting for how my mind works.)

Before we had children, we parents of tonsorial darker hues did not contemplate a high probability of producing a golden-haired child.  In law school I took up quilting, and I launched a fairy tale quilt series.  My first design was Rapunzel (surrounded by “Castle in the Sky” blocks), whose golden hair streamed down a castle wall and off the quilt’s edge, not unlike that of our fourth-born-to-be (were we to have plunked her in a castle tower, from which I assure you she quickly would have escaped; she has always been both nimble and quick). 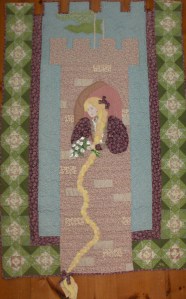 Somehow our youngest child emerged blonde, resplendent with long curls which turned strawberry in her toddler years and then darkened to honey and amber.    Thus my first thought was of Rapunzel when I gazed at the back of her head, atop her gracefully-held dancer’s neck.

Then Chaucer popped up again in my jumbled musings about gold and silver, about sunlit hues and their place in the universe.

Jim was so much a man of vibrant color, and (as regular readers know) a reverent student of the heavens.

In The Canon’s Yeoman’s Tale Chaucer put his lyrical linguistic imprint upon the striking colors of heaven’s star and planets:

It happens that for a full season, three of our children performed different parts–one percussive and two brass (another of these magical metallic colors)–during the Mars, Mercury, Venus and Jupiter movements of The Planets Suite,  music so close to Jim’s and my hearts that I knew it had to have a  place in Jim’s memorial service.  Universally (as it were), this was our family’s favorite music in ten seasons with this beloved band director.

We all carry with us images of glowing metal orbs which float in darkness and transform with the movements–bringers of war, peace, and jollity, along with a winged messenger.

The band director did not include Saturn, The Bringer of Old Age. 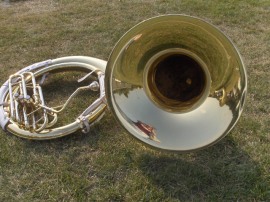