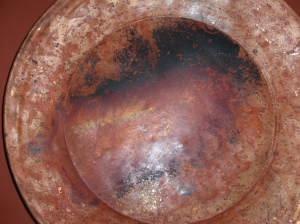 During Jim’s final December, just after we learned his illness was terminal, Vijay Seshadri published a wonder of a poem called Bright Copper Kettles:

Dead friends coming back to life, dead family,
speaking languages living and dead, their minds retentive,
their five senses intact, their footprints like a butterfly’s,
mercy shining from their comprehensive faces—
this is one of my favorite things.

Questioned about the poem, Seshadri said: “No assertion or implication in the poem should be construed as applying to anything outside the dramatic development of the poem itself. But I’ve never been averse to the idea that it’s just as philosophically presumptuous, as much a leap of faith, to insist that the end of the body is the end of the self as it is to insist the opposite. It’s better for poetry, and for the imagination generally, to be neutral about those issues.”

He made an observation that echoed my contemporaneous, deep misgivings about queries to observant atheists like Christopher Hitchins: “On the other hand, I’ve noticed blog accounts recently of people asking famous contemporary atheists who have just been given a terminal diagnosis, or are clearly approaching the grave, whether they now believe in God. That seems to me to be a sign of how degraded our discourse has become—not only insulting to the person, and to serious thought, but to the dignity of death.”

Copper kettles segue in my mind from mourning to moonshine.

Bob Dylan wrote of quite a different kind of copper kettle (and a coil other than this mortal one)–the kind used to make moonshine under the stars:

For our first wedding anniversary, I gave Jim a copper pot that sits in a 207-year-old fireplace, flanked by golden brass sun sconces which Jim gave me.  A pale green glass vase within the copper pot held wildflowers from the  floral arrangement that graced the lectern at his Closing Ceremonies.

I see Jim himself in Dylan’s lyrics–the part of him that saw no harm in occasionally imbibing in an adult beverage after a very long work day, looking at me looking up at him (slightly disapprovingly, I confess, as I am an irrational absolutist about not drinking in front of underage children) as he reached for a glass on a shelf I could not come close to,  even on tiptoe.

Each time he would dip the pinky of his right hand to stir tonic with some quantity of gin, ice cubes clattering against the sides of the tall cobalt drinking glasses which were given to us as a wedding present.

His wild side was not so very wild, but I could see him trying out an experimental batch of moonshine, just as many years ago he mightily labored to produce his own maple syrup and home-brewed beer.

Jim of course would have known from his more wholesome Scouting experiences exactly what wood to use when brewing moonshine . . .  perhaps down on copperline.

I tried to go back, as if I could
All spec house and plywood
Tore up and tore up good
Down on copperline
It doesn’t come as a surprise to me
Will never touch my memory
Well I’m looking up and rising free
Down on over copperline . . . .” 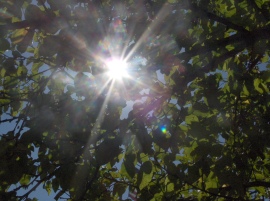 In her spare time, Stephanie works full-time, and then some, as an attorney. She has published articles and delivered talks in arcane fields like forensic evidentiary issues, jury instructions, and expert scientific witness preparation. She also is an adjunct professor at a law school on the banks of the Charles and loves that dirty water, as she will always think of Boston as her home. You are welcome to take a look at her Facebook author page, or follow @SMartinGlennon on Twitter and @schnitzelpond on Instagram. Bonus points for anyone who understands the Instagram handle. All content on this blog, unless otherwise attributed, is (c) 2012-2021 by Stephanie M. Glennon and should not be reproduced (in any form other than re-blogging in accordance with the wee Wordpress buttons at the bottom of each post) without the express permission of the domain holder.
View all posts by Stephanie →
This entry was posted in Love and Loss and tagged Bob Dylan, Christopher Hitchins, copper, copper kettles, copperline, death, dreams, Joan Baez, Jose Saramago, moonshine, poem, Vijay Seshadri. Bookmark the permalink.