As a child I went with my mother and older brother to the Isabella Stewart Gardner Museum in Boston.  At the time, the museum, which resembled a Venetian palace, still possessed thirteen rare works which now have been missing for decades.  These included Rembrandt’s only known seascape, Storm on the Sea of Galilee, and a Vermeer painting, The Concert.

I confess to having been disturbed by the Rembrandt painting, which was overpoweringly large and dark–and in which I recall only a fearsome smattering of white against roiling blue-black, and the horrifying tilt of a ship in a perfect storm (literally the stuff of nightmares for the young me, and possibly most children who grow up near a coastline).

I was drawn to the more Lilliputian Vermeer, with its checkerboard floor and straight, dependably even lines, and its soothing depiction of music being played.

These very paintings were stolen many years later in a brazen and notorious heist; one of the rumored players in the theft turned up as a figure of importance in two homicides in the county where I had by then gone to work as a prosecutor.  Things can circle back in strange ways.

Other missing and unfinished artwork has meandered through our lives.

My mother has the likely rare distinction of having lost a Jackson Pollock painting—or, to be more precise, a joint painting by my mother and Jackson Pollock on a Sunday New York Times.   (The circumstances of both the painting’s production and its loss are a bit fuzzy. . . and I perhaps should warn a handful of regular readers that if their memories on the subject persist in being unrefreshed, I may have to resort to my imagination to fill in the details.)

A daughter has a wonderful as-yet-unfinished oil painting of Jim’s and my brightly-painted folk art wooden wedding ducks, which were presented to us by my mother the painter (and, with Pollock, co-painter).   They have accompanied us from home to home and remain on a fireplace mantle.  My mother told us that the ducks were to be turned around to face away from each other if the couple possessing them became angry with each other.

The ducks have remained bill-to-bill, as they are in our daughter’s unfinished painting.  The orange under-painting of those unfailingly companionable ducks never fails to bring me comforting images of our long (but not nearly as long as it was meant to be) marriage. 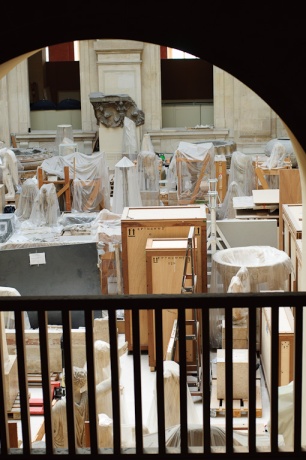 “In the Museum of Lost Objects,” wrote Rebecca Lindenberg:

You’ll find labels describing what is gone:
an empress’s bones, a stolen painting
of a man in a feathered helmet
holding a flag-draped spear.
A vellum gospel, hidden somewhere long ago
forgotten, would have sat on that pedestal;
this glass cabinet could have kept the first
salts carried back from the Levant.
To help us comprehend the magnitude
of absence, huge rooms
lie empty of their wonders—the Colossus,
Babylon’s Hanging Gardens and
in this gallery, empty shelves enough to hold
all the scrolls of Alexandria.
My love, I’ve petitioned the curator
who has acquired an empty chest
representing all the poems you will
now never write. It will be kept with others
in the poet’s gallery. Next door,
a vacant room echoes with the spill
of jewels buried by a pirate who died
before disclosing their whereabouts.
I hope you don’t mind, but I have kept
a few of your pieces
for my private collection. I think
you know the ones I mean.

The last photograph Jim took was of our youngest daughter.   Whenever I am outside I see pictures he will not take.

In his photographic archives I recently found some artwork he did not have a chance to finish.

Jim was a fan of the panoramic form.  (This seems apt, in many ways; Jim always looked at the whole picture, whereas regular readers and viewers of my photographs know that I am more of a “macro” sort of a person, isolating and intensely focusing on solitary components.)

I discovered Jim had started piecing together several sequences of  images, works in progress.  To varying degrees these assortments of pictures had uneven edges where he had begun to join images at their seams, creating a visual effect similar to broad strokes of a brush across a thin rectangular canvas.

Almost all of these were of Fenway Park, which happens to be a stone’s throw from the Isabella Stewart Gardner Museum.

Jim did not leave many things unfinished.  He left far, far too young, but not  incomplete.

And when I finish cleaning out this home we lived in together, it will remain full of missing things.  Its high-ceilinged rooms will have empty walls which would have held so many more pictures–photographed and painted–of what Jim loved.  They will join the diamond ring my grandmother (like Lindenberg’s pirate)  hid so successfully it will never be found.

I have Jim’s wedding band, and the penny his friend brought, and infinite invisible treasures.   Jim knows the ones I mean. 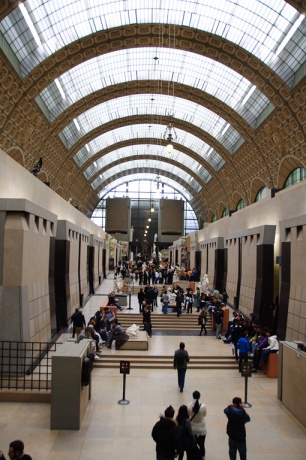 In her spare time, Stephanie works full-time, and then some, as an attorney. She has published articles and delivered talks in arcane fields like forensic evidentiary issues, jury instructions, and expert scientific witness preparation. She also is an adjunct professor at a law school on the banks of the Charles and loves that dirty water, as she will always think of Boston as her home. You are welcome to take a look at her Facebook author page, or follow @SMartinGlennon on Twitter. All content on this blog, unless otherwise attributed, is (c) 2012-2020 by Stephanie M. Glennon and should not be reproduced (in any form other than re-blogging in accordance with Wordpress protocol and the numerous other wee buttons at the bottom of each post) without the express permission of the domain holder.
View all posts by Stephanie →
This entry was posted in Love and Loss and tagged Fenway Park, Green Monster, heist, homicides, Isabella Stewart Garner Museum, Jackson Pollock, lost paintings, panorama, photography, Rebecca Lindenberg, Rembrandt, stolen artwork, Storm on the Sea of Galilee, Sunday New York Times, The Concert, Vermeer, wedding ducks. Bookmark the permalink.

6 Responses to Lost and Found