Three Independence Days ago we all spent the day at Ossippee Lake with Jim’s sisters and their families, on Uncle Mike’s boat on a glorious but horrifically humid day, eating and quenching our thirst as only his family does.   (Well, all but one of us: I already had succumbed to a seemingly endless crying jag and could neither sleep nor eat.)

The night before that we had watched fireworks over Portsmouth’s Mill Pond with our dear friends, as we did this year from nearly the same spot of grass we had occupied when Jim was still here.

Jim’s diagnosis with pancreatic cancer was then a fresh shear on the landscape, but you would have had no clue anything was amiss from looking at him as he took pictures of the fireworks and all of us, and on July 4th plunged into the lake and bobbed and grinned with his children and nieces and nephews.

This Independence Day we were at the same sister and brother-in-law’s cabin, on the same lake, on the same kind of day.  The same distant mountains were a dusty green and blue through the haze of heat.  The clouds were, once again, cartoonishly enormous.

Nearly everything was the same.

Nearly everything has changed.

What better work to reflect on the meaning of “nostalgic” than one entitled Wishful Thinking?  Its author, Frederick Buechner, taught at the school from which two of my children recently have graduated.

He wrote that “[t]here are two ways of remembering. One is to make an excursion from the living present back into the dead past. The old sock remembers how things used to be when you and I were young, Maggie. The faraway look in his eyes is partly the beer and partly that he’s really far away.”

The second kind of remembering, Buechner explained, “is to summon the dead past back into the living present. The young widow remembers her husband, and he is there beside her.”  But, he observed, “When Jesus said, ‘Do this in remembrance of me’ (1 Corinthians 11:24) he was not prescribing a periodic slug of nostalgia.” 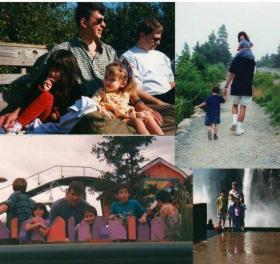 Putting aside for a moment the complicated but related concept of remembrance, I wonder if nostalgia is a third way to remember: one in which one consciously intermingles the dead past and the living present and yearns for something one fully knows is “really far away”–so far away that it is not, and never will be, recoverable.

“Nostalgia” entwines memory with pain and a yearning to return home.  Its origin in modern Latin pairs the Greek nostos (return home) with algos (pain).

Although “home” need not be defined literally, but can refer to a place or person or phase of life past or passed on; built in to this word is the simple truth that “You Can’t Go Home Again.”

Thomas Wolfe’s title is paradoxical, because his novel recognizes that everyone does ultimately–if not always literally–return home:  “[W]hy had he always felt so strongly the magnetic pull of home, why had he thought so much about it and remembered it with such blazing accuracy, if it did not matter, and if this little town, and the immortal hills around it, was not the only home he had on earth? He did not know. All that he knew was that the years flow by like water, and that one day men come home again.” 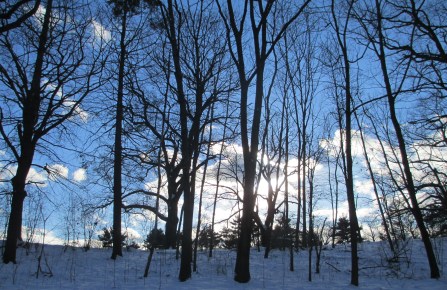 8 thoughts on “Three Ways of Remembering”