I never thought I’d behold in person my favorite portrait, John Singer Sargent’s  Lady Agnew of Lochnaw. We found ourselves face-to-face in Scotland’s National Gallery, where the masterpiece is even more striking than I had imagined, suspended by gold against a cobalt blue wall.

It would be an extraordinary day if I did not spend a healthy portion of it trying to locate my keys, my work necessities, my phone–and occasionally my vehicle itself.

Another enduring masterpiece  resides only temporarily downstairs from Lady Agnew, on loan to the Scottish National Gallery.

(I’ve noticed a commonplace linguistic device of referring to widows and widowers as having “lost” a spouse, as if there were a possibility of recovering him or her again.)

I try never to lose track of my masterpieces, however.

I realize I can only take credit for half of each, biologically speaking, but I hope it is a rarity for parents not to think of their children as their greatest accomplishment.

Children can of course beget countless other masterworks: in good deeds, in loving relationships of all kinds and families of their own, in mathematics and engineering, in written words and artwork.

Speaking of artistic masterpieces, my mother once lost a Jackson Pollock painting, to which she had contributed half.   As far as I know, no record exists of this painting.  You will not find it in any museum or catalogue.  It is not missing in the sense that Rembrandt and Vermeer have left the Isabella Stewart Gardner building; it has gone, gone away.  Ploof. Only my mother has a visual memory of it.  She is the only one who could take a stab at drafting its card for the empty walls of the Museum of Lost Objects:

“In the Museum of Lost Objects,” wrote Rebecca Lindenberg:

You’ll find labels describing what is gone:
an empress’s bones, a stolen painting
of a man in a feathered helmet
holding a flag-draped spear.
A vellum gospel, hidden somewhere long ago
forgotten, would have sat on that pedestal;
this glass cabinet could have kept the first
salts carried back from the Levant.
To help us comprehend the magnitude
of absence, huge rooms
lie empty of their wonders—the Colossus,
Babylon’s Hanging Gardens and
in this gallery, empty shelves enough to hold
all the scrolls of Alexandria. . . .

I think part of the acute pain for those who grieve a death out of the order of things–a child, a young friend or sibling, a spouse who had much more to give in a life and career he loved–is for the absence of possibility of more masterpieces, no matter how fleeting, no matter whether others ever see or know of them.

All in all, though, I think our family has found many more masterpieces than it has lost. 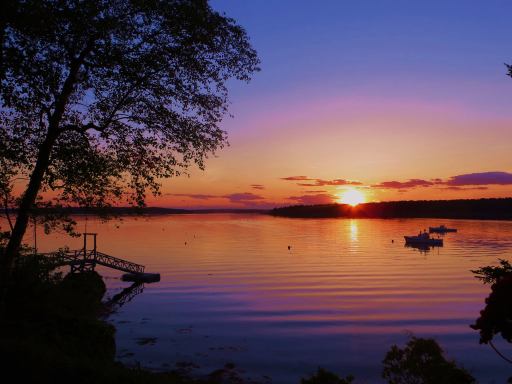 In her spare time, Stephanie works full-time, and then some, as an attorney. She has published articles and delivered talks in arcane fields like forensic evidentiary issues, jury instructions, and expert scientific witness preparation. She also is an adjunct professor at a law school on the banks of the Charles and loves that dirty water, as she will always think of Boston as her home. You are welcome to take a look at her Facebook author page, or follow @SMartinGlennon on Twitter. All content on this blog, unless otherwise attributed, is (c) 2012-2020 by Stephanie M. Glennon and should not be reproduced (in any form other than re-blogging in accordance with Wordpress protocol and the numerous other wee buttons at the bottom of each post) without the express permission of the domain holder.
View all posts by Stephanie →
This entry was posted in Love and Loss and tagged Isabella Stewart Gardner heist, John Singer Sargent's Lady Agnew of Lochnaw, postaday, Rebecca Lindenberg's "In the Museum of Lost Objects", Rembrandt, Rodin's "The Kiss", Scottish National Gallery, Vermeer, Weekly Photo Challenge: Masterpiece. Bookmark the permalink.