Leading the Way, August 3, 2013. My shot of the “bubble girl” at the beginning of the ceremony is blurry, though I think the softness of the resulting image is fitting: she double and triple-stepped down the aisle, a sunny harbinger for the bride and groom.

Foreshadowing predicts an ending.  It also can presage a beginning, and one heck of a journey.

Putting the “shadow” in “foreshadowing” seems to lend its prescient powers to the darker side.

“Shade”–despite its negative “shady” variations–conjures a respite from an overly sunny day (a particular boon to someone who, like I, still burns bright red notwithstanding liberal application of 3-digit SPF sunscreen). 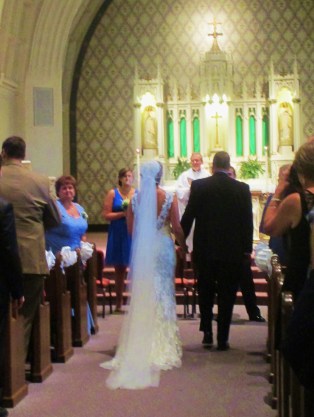 When I hear the word “shadow,” however, I tend to think much darker thoughts. Involuntarily, it calls to mind the dark side of human nature: my mother implanted in my subconscious the phrase: “Who knows what evil lurks in the hearts of men?  The Shadow knows.”

Prosecutors are among those who know that side of human nature as well.

To me “shadow” represents not only a darker shade cast into light, but the horror and shock of unexpected shadows on a CAT scan.

But nothing about the definition of “foreshadowing” is inherently weighted towards darkness. Foreshadowing can be fortuitous as well, containing the hint or the overwhelming possibility of a happy ending, or an entire happy lifetime. 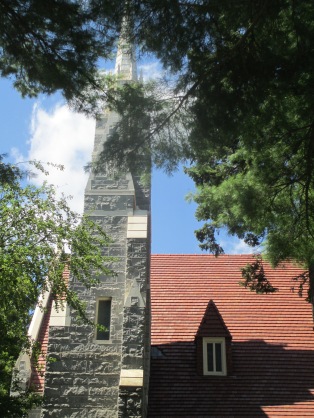 I just attended the wedding of a young man I’ve known since his birth, the first son of a boyhood friend of Jim’s.  He married a beautiful and sunny young woman whom he dubbed “Sunshine.”

It is, after all, sunshine that creates shadows.

In their honor I am changing my view of “foreshadowing” to the sunny side. 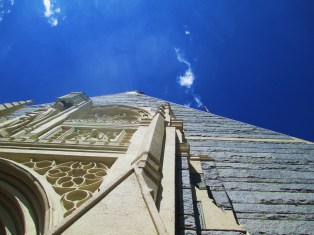 In her spare time, Stephanie works full-time, and then some, as an attorney. She has published articles and delivered talks in arcane fields like forensic evidentiary issues, jury instructions, and expert scientific witness preparation. She attended law school on the banks lso is an adjunct professor at a law school near the banks of the Charles River and loves that dirty water, as she will always think of Boston as her home. You are welcome to take a look at her Facebook author page, or follow @SMartinGlennon on Twitter and @schnitzelpond on Instagram. Bonus points for anyone who understands the Instagram handle. All content on this blog, unless otherwise attributed, is (c) 2012-2021 by Stephanie M. Glennon and should not be reproduced (in any form other than re-blogging in accordance with the wee Wordpress buttons at the bottom of each post) without the express permission of the domain holder.
View all posts by Stephanie →
This entry was posted in Love and Loss and tagged "The Shadow Knows", foreshadowing, postaday, wedding, Weekly Photo Challenge. Bookmark the permalink.