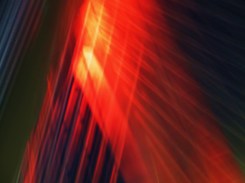 The Zakim Bridge isn’t lit in blue this weekn 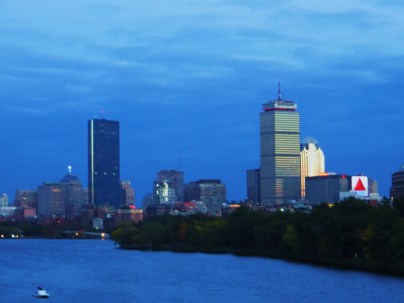 When my husband Jim was an internist, his roster included many elderly patients.

Compassionate care came naturally to Jim.  After his Closing Ceremonies, a nurse practitioner told me about one of his earliest patients:  “I remember him getting down on one knee to comfort an elderly woman who was lonely but otherwise had no medical concerns. He gave her uplifting advice and told her she could come see him anytime and that he would always help her. She left relieved and admitted to me she had always had a crush on that ‘beautiful man.’  He had mastered the art of medicine.”

Practicing internal medicine gives a physician an opportunity to have an ongoing relationship with patients, many of them elderly, with complex constellations of chronic illnesses.  I’m sure some are pleasant and grateful; some are crotchety and uncooperative. Some of them listen to their physicians; some don’t.  I heard from many of them after Jim died.

(I will confess that my lesser self wonders why so many sedentary smokers and hard drinkers and hardened criminals with hardened souls and arteries seem to live such very long lives, where Jim’s life was cut so short, unrelated to any choice he ever made.)

One patient, whom Jim saw very early in his medical career, crumpled up a prescription for high blood pressure medication, said she’d done just fine without it for all those years, and threw the prescription at him. I learned this not from Jim–who of course never disclosed any medical secrets–but two decades later, after Jim’s memorial service, which that grandmother-patient attended.  (Perhaps she didn’t need that medication after all?)

After the Red Sox won the World Series for the first time in ours and our parents’ lifetimes, more than one internist marvelled at patients of advanced age and complex chronic medical conditions who came in, in better shape than ever, and announced that living to see the Sox win the World Series was good enough for them.  Younger patients brought pennants and championship memorabilia to relatives’ grave sites.

Baseball seems inextricably linked to family.   We brought our sons to Fenway Park for the first time when they were very young.  We had been given incredible box seats seven rows back from first base.

The boys watched with fascination as Nomar Garciaparra ticked off his glove checks, an entire cup of beer was spilled upon yours truly (with no comment from the spiller but for frustration at having to buy another….but at least my toddlers didn’t reek of brew), and questionable words for the opposing team tumbled from the bleachers.

It was a ferociously windy fall night, very much like tonight, and Fenway flotsam–shreds of paper bags and thin plastic, the kind newspapers were wrapped in when The Boston Globe left ink stains and existed exclusively in corporeal form–drifted around us and fell onto the field.

Jim finally got to sit atop the Green Monster just weeks before he was diagnosed.

This time I was alone for all of it–the obstruction call, the pinch runner pick-off, the Keystone Cops run down.  It could only have been more entertaining had a game ended with the old hidden ball trick.

What a view Jim must have had this time.

In her spare time, Stephanie works full-time, and then some, as an attorney. She has published articles and delivered talks in arcane fields like forensic evidentiary issues, jury instructions, and expert scientific witness preparation. She also is an adjunct professor at a law school on the banks of the Charles and loves that dirty water, as she will always think of Boston as her home. You are welcome to take a look at her Facebook author page, or follow @SMartinGlennon on Twitter. All content on this blog, unless otherwise attributed, is (c) 2012-2020 by Stephanie M. Glennon and should not be reproduced (in any form other than re-blogging in accordance with Wordpress protocol and the numerous other wee buttons at the bottom of each post) without the express permission of the domain holder.
View all posts by Stephanie →
This entry was posted in Love and Loss and tagged baseball, Boston Red Sox, compassionate care, family, Fenway Park, Green Monster, hidden ball trick, The Pretenders' "2000 Miles" (1983), World Series Championships. Bookmark the permalink.