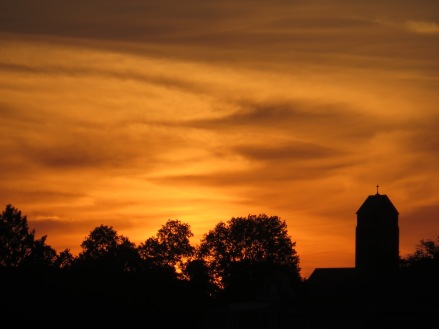 Unless you attended an institution equipped with a tiger mascot (and accompanying Halloween school colors), orange is unlikely to be voluntarily featured in your daily color intake.

Yet orange is everywhere.  Literally.

Emergent orange results when one examines the mid-range of all pixels: everything reduces to orange.

I’ve recently attempted to organize thousands of pictures I took in the past few years.

Most are saturated with color, including quite a bit of eye-popping orange.

But I could instantly see that the photographs I took in the months leading up to my husband Jim’s death provided a notable outlier: gray, gray, and more gray.

Winter light occasionally made a valiant effort to peek through, but the best I seem to have recorded then was a sickly yellow patina washing into an undifferentiated sea of ash and steam.  In the photo archives, this swath of time is “a study in colorlessness.”

Months late, color began to nudge back into my photographs, beginning with emergent pastels.  Tentative lavender, pink, and pale yellow peeked into my pictures.

Regaining color evidently–at least for me–seems to have gone hand in hand with reclaiming a place to be productively in this world notwithstanding ever-echoing loss. Color seems to have tagged along for the ride as I tried to pick up the pieces.

And though it was a long time in coming, I can see in those collected photographic images the very moments when, finally, the Technicolor world returned with a roar of autumn orange. 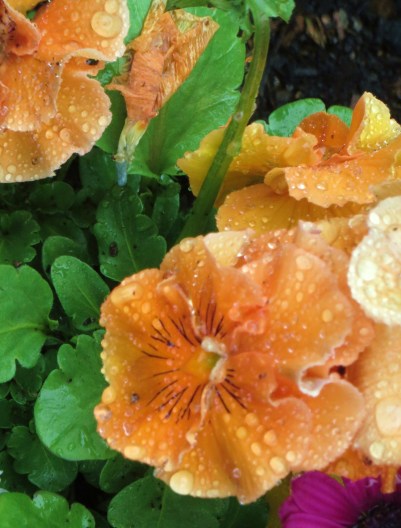 In her spare time, Stephanie works full-time, and then some, as an attorney. She has published articles and delivered talks in arcane fields like forensic evidentiary issues, jury instructions, and expert scientific witness preparation. She also is an adjunct professor at a law school on the banks of the Charles and loves that dirty water, as she will always think of Boston as her home. You are welcome to take a look at her Facebook author page, or follow @SMartinGlennon on Twitter. All content on this blog, unless otherwise attributed, is (c) 2012-2020 by Stephanie M. Glennon and should not be reproduced (in any form other than re-blogging in accordance with Wordpress protocol and the numerous other wee buttons at the bottom of each post) without the express permission of the domain holder.
View all posts by Stephanie →
This entry was posted in Love and Loss and tagged "Blend up the Internet and Everything Turns Orange", Billy Collins' "Study in Orange and White", color spectrum, emergent orange, grief, photography, Rambles in the Rainbow Garden. Bookmark the permalink.

11 Responses to Emergent Orange (Rambles in the Rainbow Garden: Part 2)