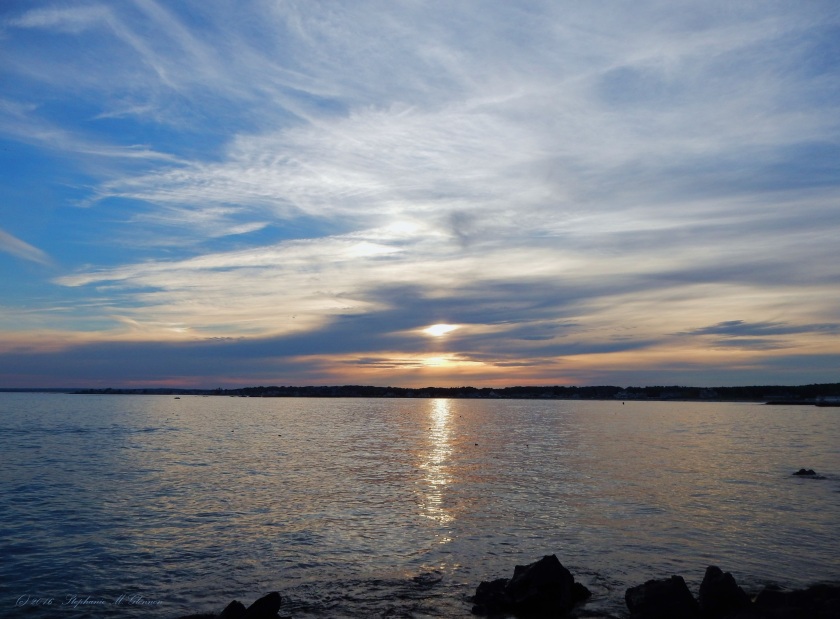 At the appointed late afternoon hour,  one of our daughters was a wedding guest several hours away. She was in the same chapel where, at a service of remembrance four winters ago, the sun had suddenly streamed through a frigid cloud cover to the last strains of the first verse from Beethoven’s Hymn to Joy:

“. . . .Hearts unfold like flowers before you, opening to the sun above. . . .Melt the clouds of sin and sadness, drive the storms of doubt away; Giver of immortal gladness, fill us with the light of day.”

July 16th is my wedding anniversary. Somehow, already it was my sixth one alone.

Does the journey of marriage continue after death parts those who took its vows?

Weeks ago I watched the end of my father’s life of more than sixty years with my mother, including just short of 59 years of marriage.  I wonder whether she too will come to tap–or, as I have, sometimes fitfully and fruitlessly beat my fists against–the boundary at which their paths unwillingly diverged, and how she will see the new space between them.

One can only share a journey so far…or at the veil’s threshold does the form of the relationship and of each of its innermost parts simply change, becoming not so much disordered as reconfigured?

My husband’s size 13 work shoes’ thunks on the sixteen stairs that curved upstairs in our house have become transfigured into “footprints like a butterfly’s.” 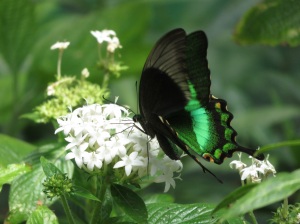 The ever-present camera he used to carry, elegant and specially adapted to his patient photographic skills, has transmuted into a small and simple point-and-shoot one I cannot be without.

It is curious–one of my father’s favorite and most loaded words–that as traditional time moves forward, my mind carries me almost ceaselessly back . . . to my older brother clicking his heels at our wedding, to my husband plucking a plump leech from our youngest child’s toe at a first visit to his favorite lake, to the glimpse of a summer stand on the side of the road that looks just like the place we picked strawberries with visiting friends from California when our children were babies.

Now I have gathered in my arms, as if holding a child, black boxes holding my husband’s and my father’s ashes.  I had told my mother what the box would look like and what its weight would be.

It is as if everything, part and particle, has been rearranged in time and shape and space itself. And while there is conservation of matter, love remains capable of infinite expansion.

“When the sun hangs low in the west
and the light in my chest won’t be kept
held at bay any longer
When the jealousy fades away
and it’s ashes and dust for cash and lust
and it’s just hallelujah
And love in the thoughts,
love in the words,
love in the songs they sing in the church….”

Not infrequently, I thought I heard myself voicing Jim’s thoughts, in the measured tone he would have used, while speaking to my father as he was in hospice care at home.

And I thought of the single most ridiculous and selfish thing I said to Jim during his illness, when I wept in the deep winter of his hospice care and said he would never be alone, but I would be alone forever.

What I meant was that we–our children and I–would never leave his side, and I could not face being being without him, of not having him at my side, for the rest of my life.  I still can’t. I still and always will miss his physical presence more than words can say–the same measure by which we love the children born of our marriage–but I also believe what I read to the close friends and family who gathered after my theoretical physicist father died, about why you’d want a physicist to speak at your funeral:

to “remind the congregation of how much of all our energy is given off as heat. . . .  [and] tell them that the warmth that flowed through you in life is still here, still part of all that we are, even as we who mourn continue the heat of our own lives. And you’ll want the physicist to explain to those who loved you that they need not have faith; indeed, they should not have faith. Let them know that…scientists have measured precisely the conservation of energy and found it accurate, verifiable and consistent across space and time. You can hope your family will examine the evidence and satisfy themselves that the science is sound and that they’ll be comforted to know your energy’s still around. According to the law of the conservation of energy, not a bit of you is gone; you’re just less orderly.” 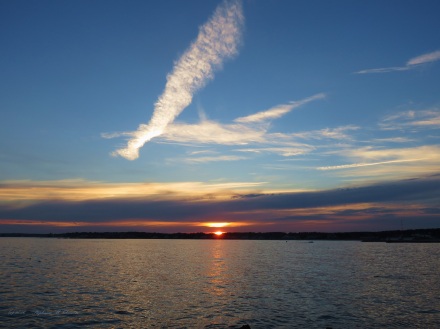 July 16th.  The day my father had walked his only daughter down the isle of Memorial Church and I married my husband.  This was the first time both were gone. My husband’s ashes were mixed with the sea on Father’s Day; my father died three years later on Father’s Day.

“When my body won’t hold me anymore
and it finally lets me free,
where will I go?
Will the tradewinds take me south
through Georgia grain, a tropical rain
or snow from the heavens?
Will I join with the ocean blue
or run in to a Savior true
and shake hands laughing?
And walk through the night, straight to the light
holding the love I’ve known in my life….”

But I was not alone. Grateful for the indulgence and the company, I followed an impulse to go with a friend towards a spot I’d never seen before, where an outdoor chapel’s pews face the sea. Over the course of nearly an hour, we watched layered clouds brighten and sharpen into a wishbone suspended over the sun as it dropped under a purple band at the horizon.

What did I wish for as a child when I held a wishbone in my Drumphian fingers? What do I dare to wish for now?

The wishbone had to be broken, snapped clean through, to make its fulfillment possible. 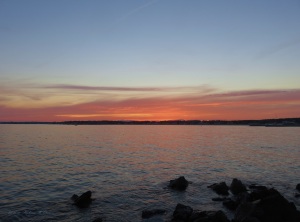 A few people then wandered near us and quickly left, remarking that they’d “just missed” sunset.

We waited some more.

The visitors who had flashed by in search of the precise moment of sunset weren’t quite right.

They hadn’t missed it. Once we had waited long enough, it gloriously reassembled. 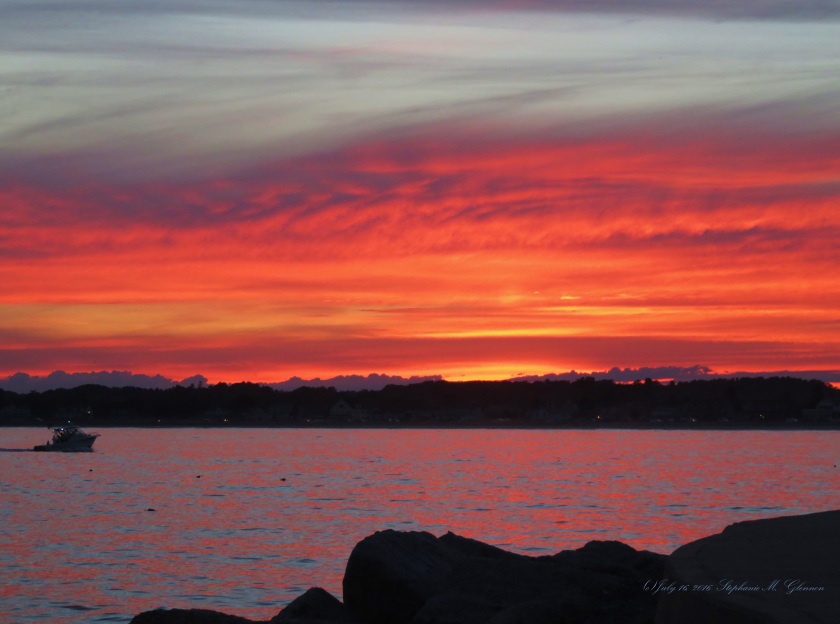 5 thoughts on “A Wishbone Sunset and a Journey Home”