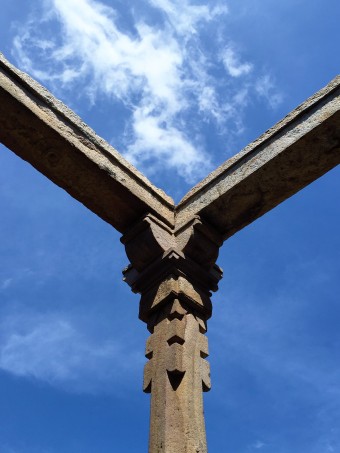 It could be nearly any swath of cerulean sky.

Perhaps it should be raining, given that it is monsoon season.  Maybe a dusky smoke could betray some hint of what kind of earth may lie underfoot or what surrounds this view.

Instead it has a tell-tale frame: beams erected in 1192 still divide the sky with mathematical precision, locating the commonplace within the extraordinary.

I’ve long been drawn to views framed both by what surrounds them and how one approaches and looks at them, rather than being defined by what deliberately has been placed around them–to a unique vantage point of the moment, rather than an artist’s enduring choice for the many who may behold an exhibited work: a lake at dawn, a single building bathed in gold light for just minutes; a single door opened to boughs steeped in steamy rain; a tree bisected by ancient ruins; doorways within doorways; a pink city revealed through a tiny window in a palace door. 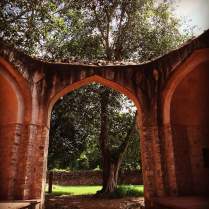 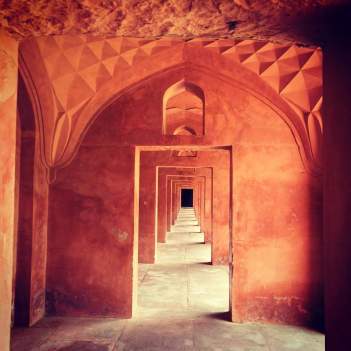 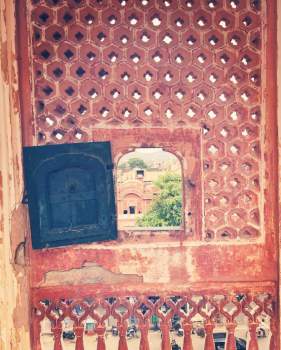 My favorite frames look up, eyes upon the heavens, moving us from the ancient and earthbound within our grasp to forever’s swirling star dust skies.

In her spare time, Stephanie works full-time, and then some, as an attorney. She has published articles and delivered talks in arcane fields like forensic evidentiary issues, jury instructions, and expert scientific witness preparation. She also is an adjunct professor at a law school on the banks of the Charles and loves that dirty water, as she will always think of Boston as her home. You are welcome to take a look at her Facebook author page, or follow @SMartinGlennon on Twitter. All content on this blog, unless otherwise attributed, is (c) 2012-2020 by Stephanie M. Glennon and should not be reproduced (in any form other than re-blogging in accordance with Wordpress protocol and the numerous other wee buttons at the bottom of each post) without the express permission of the domain holder.
View all posts by Stephanie →
This entry was posted in Love and Loss and tagged Agro, Delhi, Humayun's Tomb, India, Jaipur, postaday, Qutb Minar, Udiapur, Weekly Photo Challenge: Frame. Bookmark the permalink.

5 Responses to Framing the Sky